There are certain things you can’t prepare for prior to studying abroad. Being in the near-direct path of a super typhoon is one of them.

It’s roughly 9:30am on Wednesday, Sept. 12, and I’m sitting in the back row of my organizational behavior lecture. I’ve been in Hong Kong for the better part of two weeks at this point. The professor starts class and says something to the effect of “I don’t know if you’ve heard yet but there’s probably going to be a typhoon coming this weekend. I hope our class doesn’t get canceled on Monday.”

I seemed to recall from my freshman year ATMS 100 class that a typhoon is the same thing as a hurricane, but occurs in the Pacific Ocean as opposed to the Atlantic. I do a quick google search to confirm. My next search is “typhoon Hong Kong”, and I go to the news section to skim through a few articles. I see phrases like “super typhoon” (this one is called Manghkut), “strongest winds on record”, and “potential level 10 warning” (whatever that means, but it definitely didn’t sound great).

How could my professor cover such news in about 15 seconds, and then promptly move on to how attitudes impact performance in the workplace? Surely there’s more to talk about than “maybe class gets canceled Monday, but I hope not.”

Regardless, I read more articles and decide I need to investigate this issue further on the ground. After class, I ask a few local classmates about typhoons in Hong Kong. They also seem to not be concerned, as typhoons apparently tend to reach the region every year, and Hong Kong has developed infrastructure to withstand these storms. I remain on edge.

As the week progresses, however, the mood on campus shifts from an early semester ease to anxious preparation. More news comes out, indicating that the storm’s winds and proximity to Hong Kong could make it the strongest to hit the region ever. As in, of all recorded typhoons to reach Hong Kong (and there have been a few), this would be the worst one. The school announces that the canteens and restaurants will be closed all day Sunday. Fusion, the on-campus grocery store, can’t keep up with the demand for water, ramen, and other non-perishables.

Fast forward to Sunday morning. Outside of my dorm window trees were beginning to bend under the weight of the storm, and when I step out into the hall there’s a constant whistle from the wind entering any small window gap missed during preparation. To get a little better perspective here: the entire campus is built into the side of a mountain, and the dorms are built so that half of the rooms face the mountain, and half face the bay (the picture below should help). I am one of the unlucky ones who wake up to a view of the trees as opposed to the bay. But, on the day of Mangkhut, I felt fortunate as those facing the bay faced significant water damage and electrical outages throughout the storm.

The storm lasts all day, and while many trees are uprooted and the road closest to the bay was ripped up, everyone ends up safe. Turns out, the locals were right, this campus was built for storms like this. Classes are canceled on Monday, likely to the chagrin of my org behavior professor, but we resume business as usual on Tuesday. Or something like that.

Because while no one on campus was injured, we were all effectively paralyzed during the days leading up to and including the storm. The barely established routines of faculty and students (myself certainly included) had been thrown well off course. Everything that wasn’t Mangkhut related had to grind to a halt for those days, and then reboot into both physical and metaphorical cleanup mode as soon as the storm passed. 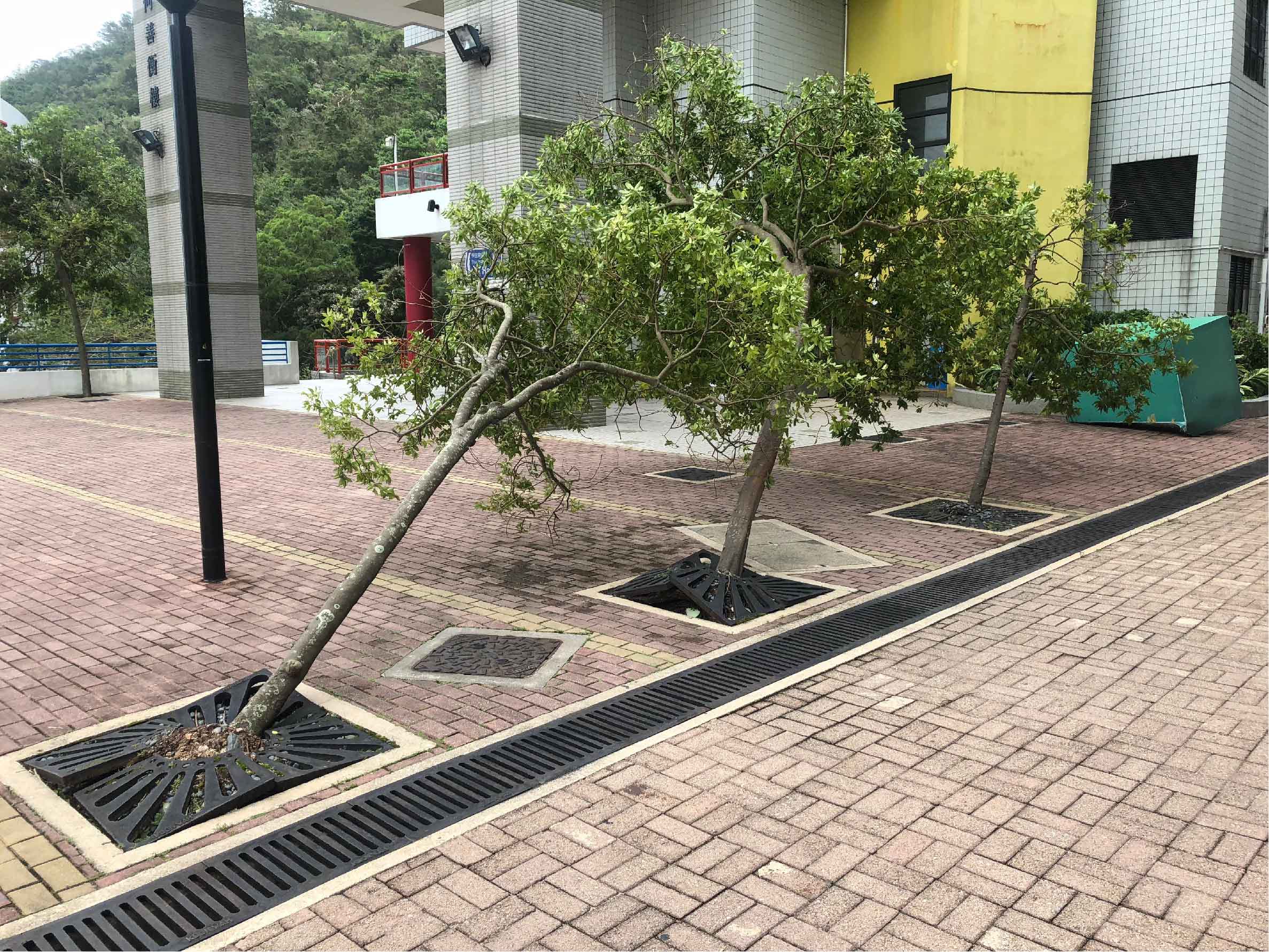 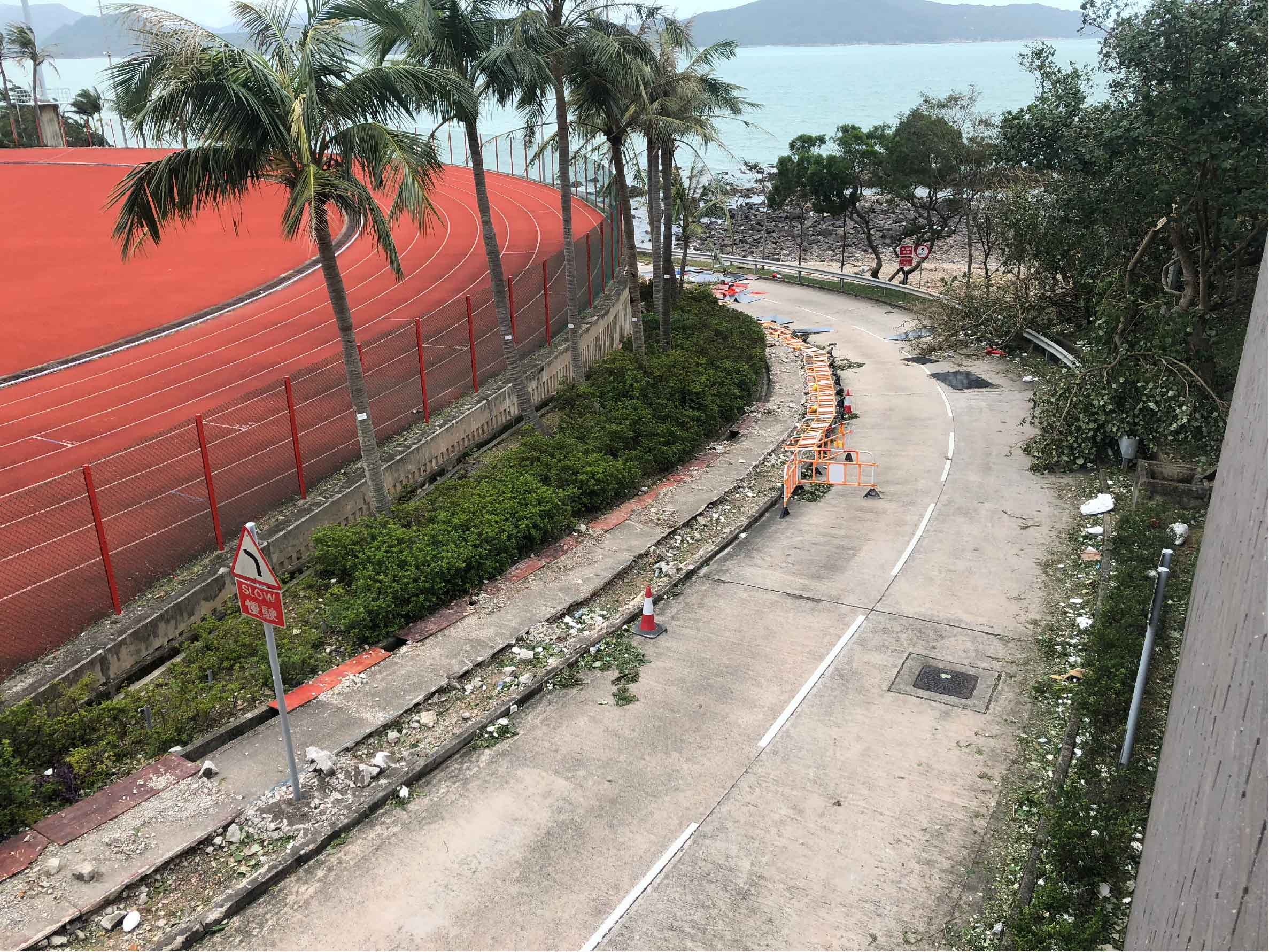 So, how did enduring a super typhoon enrich my study abroad experience? The snap reaction I had was that it hadn’t. It dismantled a lot of the progress that I had made in developing roots on campus. It made me uncomfortable, anxious, and frustrated.

But that’s kind of the whole point of studying abroad. Expanding my comfort zone must include periods of, well, feeling uncomfortable. And discounting the experience as an aberration or a freak incident would be the same as discounting all of the other once-in-a-lifetime experiences that occur pretty frequently here. I’d never experienced anything like it, was forced to adjust, and now have the experience to look back on and use as somewhat of a reference for what I am capable of going forward.

I must apologize for the lack of content this semester, but that’s going to change. I will start using this blog again as an outlet for recounting and reflecting further on my experience here. I hope you enjoy it. Talk soon.

Class of 2019
I’m from New Canaan, Connecticut. I'm studying Management Entrepreneurship in the Gies College of Business and Political Science in the College of Liberal Arts and Sciences.

This site uses Akismet to reduce spam. Learn how your comment data is processed.

Making the Switch: How to Navigate Switching Majors

Why I Chose UIUC for Social Work

How to Find a College Roommate